Why We Still Use Meta Keywords

A number of factors contribute to increasing keyword rankings on a search engine. One of those was the meta keyword tag. Once upon a time it was considered a pretty major factor. Even in Google’s early days, they seemed to have a great deal of relevance so for years, SEO’s adopted it as important component to site optimization. Soon enough spammers caught wind of this and would literally stuff a page full of them which caused a few problems for search engines seeking relevance. Gradually their value diminished and for a few years now, those in the know have speculated that meta keywords have little to no impact on a website’s rankings so most/many have discontinued it as part of their process. Google evangelist Matt Cutts even came out and said that “Google does not use the keywords meta tag in our web search” and I am under no illusion that this is not true. But I continue to use it and have been accused of not knowing what I was doing or not being relevant (there’s way to much gray in SEO to see black or white) so I continue to have justify myself. Here’s a few reasons I’ll give: 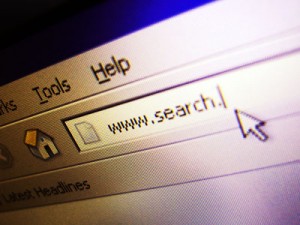 1. We still use meta keywords because…while Google doesn’t place any value in it, other search engines do, particularly some of the smaller ones so why not include it.

2. We still use meta keywords because…it helps us to internally organize a page. We can easily go into a page, check the meta keywords (usually focus around 3 per page) and make further modifications to the page based on the targeted keywords that we have incorporated.

3. We still use meta keywords because…they may become relevant again. While Cutts has suggested that “I don’t believe it will be” a factor, that doesn’t fill me with a great deal of confidence. So when it does, our clients websites will be ready to go.

4. We still use meta keywords because….some CMS and blogging platforms use it as tagging for their own internal search classification.

So while this particular element isn’t an important search ranking factor, it still has its uses. We’ve been in SEO long enough to know that it’s riddled with complexity and being told that I shouldn’t be doing something that won’t penalize me (yeah we’ve tested it) is short-sighted. It is true that some so-called SEO’s still place a great deal of importance in meta keywords as a ranking factor (usually web developers who claim that they’re going to SEO your website) but just because an SEO includes it, doesn’t mean that they don’t have their reasons.

Paul Fleming is co-founder and VP of Interactive Services for Dinkum Interactive. A trained teacher, Paul has worked in a variety of forms of Internet Marketing but with a focus on SEO. Originally from Australia, he now resides in Philadelphia with his wife, son and newborn daughter.

One Reply to “Why We Still Use Meta Keywords”

SEO In The News