As one of the world’s leading agricultural colleges, this Honduran college certainly did not reflect this value online. Visually, it desperately needed an upgrade. Online visibility was also lacking and a concerted push needed to be made in this area to help improve its performance. This included visibility throughout the North and South American regions, especially through Google. 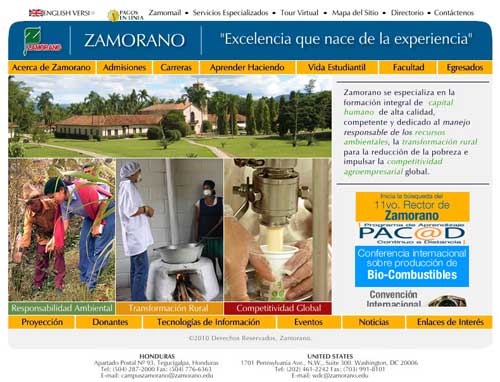 Not only did the design require an upgrade but they described frustrations about not being able to manage it easily. Having had a great deal of success with WordPress at the time, we decided that this would be a very good option for Zamorano. 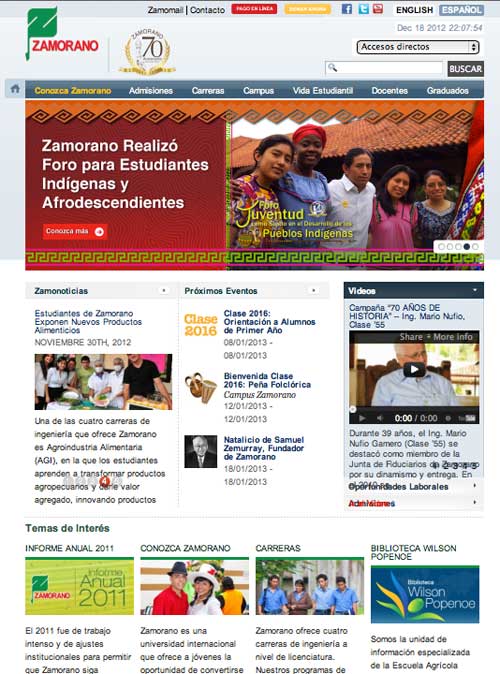 Even before starting our process, we needed to add data and of course Google Analytics is always a great option. The website launch had a significant impact. With keyword selection and on-site implementation taken care of, the task of spreading the word and building visibility began and continued through the year. With the foundation set, the growth was steady but continues through to today. Search referrals are 56% higher in 2012 than in 2011.

Rankings – We’re not big on rankings in general but they do offer up a useful health-check for us. This is also where we saw a pretty significant change for Zamorano.

Ranking changes for Zamorano with an SEO campaign