Accountability: It’s Harder Than You Think 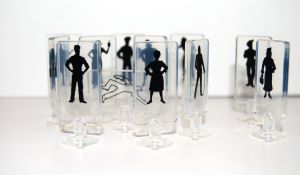 “It’s not my fault.” “It’s not my responsibility.” If these phrases are commonly heard in your organization, you’ve got a problem. Accountability is more than a word you throw around to sound credible. Rogue management consultant, Steve Smolinsky, from Benari LTD, believes it’s crucial to the optimal functioning of your organization. “It’s one of the main things lacking in most companies,” he states. “Everything that happens in a company needs to have someone who’s responsible for it. And it can only be one person. That way you know whose butt you’re going to kick or who to praise when something happens. Being accountable doesn’t mean you have to do the task – this is a common misunderstanding. It’s about ensuring someone is “on the hook” for getting every task done. An organization can’t function at an optimum level unless there’s clarity about this.”

How do you make this happen?

In many companies, the responsibilities involved in performing a job happen by default rather than design. People sort of do stuff and jobs grow and people end up doing weird things and lots of stuff falls through the cracks. When you sit down with a blank piece of paper and think about what responsibilities a job should have, you wind up with something different. I’ve never seen an organization go through this process and wind up with their existing chart.”

Is this a difficult process?

“It can be. I tell clients to use the three strikes rule. New people take time to learn how things are done. Others need support and training. If there’s an error, sit down and explain what they have to do to fix the situation and revisit it in thirty days. If they still don’t get it, explain again and give them a second chance. If they still don’t meet expectations, they’ve got to go – maybe not out of the company but into another role. You’ve got to let people go. It’s not only the best thing for the company, it’s the best thing for the person because if they can’t make it, you’re not helping them by pretending they can be successful. Usually everyone else in the company knows who shouldn’t be there because if someone isn’t doing their job, someone else has to pick up their work. They make other people’s work harder.”

What about the executive that says ‘I don’t have time for this’?

“I tell them this will save you time down the track. If you’ve got the right measurements for things and the right people in the right seats, everything will function more effectively. It’s painful – really painful because you tear down the organization and rebuild it. And it’s hard when the founding person is still around because they are protective about what they’ve built. With this process, it’s not an attack on them. It’s about taking the company to the next level. Operationally, everything gets better.”

Steve Smolinsky is an in-demand management consultant from Benari Ltd. Working globally, Smolinsky identifies weaknesses in companies and offers strategies to fix them. Contact him at www.benariLTD.com.

Chalk Another Win Up For Email Marketing