Are You Noticing The Patterns? 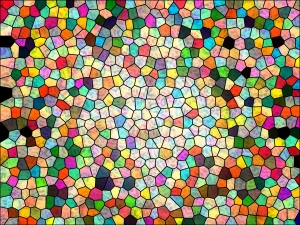 When researching an article about Klout, an algorithm that measures your alleged social media influence, I discovered how Klout’s founder, Joe Fernandez, came up with the idea. Turns out, he had to have his jaw rewired and couldn’t talk for 3 months. His communication outlet during the time of silence was Facebook. According to a Wired magazine profile, “Every time a family member or friend responded to one of his updates, he relished his ability to sway their behavior. And as he looked over his feed he saw countless other people doing the same thing, recommending products or activities to an enthusiastic audience.”

With a background in computer science, Fernandez started collecting data on everyone he was connected to on Facebook and Twitter. He then started building what would become the Klout algorithm by watching the patterns in the messages that had the greatest influence. It was all about who generated the most reaction. He worked with developers to refine and shape the algorithm and launched it via Twitter.

“Until the dawn of social media, there was no way to pinpoint society’s hidden influencers. These include friends and family members whose recommendations directly impact our buying decisions, as well as quasi-public figures best known for their Twitter updates,” the Wired article continues. “And for the first time in history, we can measure it.”

Two things strike me about this. The first is the importance of looking for patterns. The second is the importance of having analytics in order to have the data to discover the patterns. Watching how your customers behave to different offers is a goldmine. Which day of the week is best to release newsletters? Who takes up special offers and why? It’s time to notice the patterns.

Don’t Be a Slave to Your Inbox

Pay-Per-Click: is it for you?