How understanding the herd mentality can improve your business 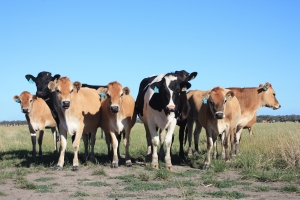 If you’re keen to influence people around you — from encouraging them to buy your products or services to increasing recycling in your community — research I heard during a ‘Freakonomics’ podcast will be of interest.

Robert Cialdini is a professor and author of the book “Influence” who is interested in how social norms can be used to encourage positive or “pro-social” behavior. He did a fascinating experiment at hotels in Phoenix, Arizona, to find out which printed message in the bathroom would encourage more guests to re-use their towels.

The first message asked guests to reuse their towels for the the good of the environment. The second asked guests to “cooperate with the hotel” and “be our partner in this cause.” This was 12% less effective than the first sign. The third said the majority of guests in the hotel reused their towels at least once during their stay, which was 18% more effective. The final message said “…a majority of people in this room have reused their towel” which saw a 33% increase in responsive behavior compared with the first message.

The reason? People consciously or unconsciously responded to the social norm of how their peers behaved. Cialdini believes it’s a primitive instinct. “On some base level, it’s survival recognition: these are the people who are most like me—we share the same circumstances,” said Cialdini. He sees the power of this impulse less as peer pressure and more as peer information.

Cialdini adds, “Birds flock together in very neat patterns, fish school, cattle herd, social insects swarm together. So this is something that doesn’t require a lot of cognitive capacity in order to trigger the conformity. All you need to do is to see what those around you, like you, are doing. And it’s a good shortcut to deciding what you should do in a situation.”

It’s the herd mentality. We are herd animals and respond on a primal level to behavior exhibited by our peers.

He tested a similar idea in an apartment block to see which message encouraged residents to reduce their energy use. The most effective was a sign that said “Your neighbors are successfully reducing their energy use.” When this sign was pinned in common areas and left in mail boxes, energy use went down. Interestingly, when people were asked which message they thought would be most effective in reducing energy use, it wasn’t this one. We don’t realise how much we’re influenced by our peers.

I think this research is instructive for people hoping to influence behavior.

The idea that ‘everyone else is doing it’ is a powerful principle of persuasion. It’s used often in advertising when a particular brand of chocolate is described as the “world’s favorite chocolate” or that “2 out of every 3 pet lovers choose this brand” or that “1 million football fans can’t be wrong”. If everyone else is choosing that brand, why aren’t you? This taps into our innate fears of exclusion and the power of conformity.

If you’re writing copy for your website, for example, can you use this information to help persuade people to stay longer and follow through on your “call to action”? How about encouraging more sales? Don’t forget the herd mentality.

Got a Mobile Site? Better Get One Pronto

You’ve Got 4 Seconds: How to Hook Web Visitors