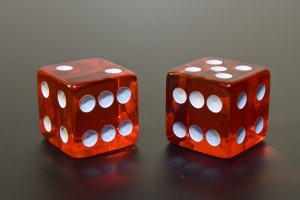 You might have noticed more companies are trying to engage you by playing a game.

In 2009, German-based car company Volkswagen launched its BlueMotion technologies that were part of its environmentally friendly cars. In deciding how to market these cars, Volkswagen’s advertising agency, DDB in Stockholm, believed the easiest way to get more people to drive them was by making it fun. The company set up a competition in which people from across the globe were encouraged to come up with a fun solution to a common problem. It was called ‘The Fun Theory”.

To kick off the competition, DDB gave this example. At a busy train station in Odenplan, Stockholm, commuters have the choice of exiting the station by walking up around 40 stairs or riding on the escalator. As you’d expect, most people take the escalator. But one day, the stairs were transformed into a giant piano keyboard. When your foot hit the step, a note of the piano played. With a camera capturing the behavior of commuters, many decided to walk up the stairs, flitting between the white and black keys, moving fast and slow. 66% more people chose the stairs over the escalator. The video went viral and thousands of people entered the competition.

The winner was Kevin Richardson, a tall, lanky man from San Fransisco, USA, who also happens to be a producer for Nickelodeon’s games division. His idea was the Speed Camera Lottery. “The Speed Camera Lottery does two things,” he explained. “One, it would photograph speeders and give them a citation and that money goes into a pot. But if you’re obeying the law, your picture will also get snapped, you’ll be entered into a lottery and win some of that money from those speeders.” The concept came about from asking this question: could we get people to obey the speed limit for fun? “I really think fun can change human behavior and I was really thrilled to see that my idea that really started as a scribble submitted into this competition might even become reality.” Less than a year later, his idea was trialled in Stockholm Sweden. A speed camera was placed outside a school zone where the speed limit was 30 kms/hr. Drivers who obeyed the limit were sent a lottery ticket. The lottery prize was generated from the money paid as fines by drivers who broke the speed limit. Over three days, 24,857 cars passed a speed camera. The average speed before the experiment was 32 km/hr. During the experiment, it was 25 km/hr, reducing the incidence of speeding by 22%. By making it a game, more people complied with the law.

The most common way to diagnose malaria, a disease spread by mosquitoes, is to take a blood sample and examine it through a microscope. There are two stages to the process. Firstly, you need to detect the parasite in the sample. Secondly, you need to count the number of parasites that appear in the sample. The more parasites that appear, the worse the infection. It’s quite a resource-intensive process with a specialist taking around 30 minutes to do the test. Is there an alternative way to undertake the detection? Dr Miguel Luengo-Oroz from the Universidad Politécnica de Madrid in Spain had the idea of using online gamers to do the detection, devising MalariaSpot. In his study, volunteer online gamers were invited to play a web-based game in which they had to identify and count parasites in blood smears that appear on their computer screens. The site invites users to ‘Click here to play – 1 minute game against malaria’. When you click, some music plays, and you’re shown a screen that reveals what the parasite looks like. And then you’re invited to ‘Click on the parasites’. The screen goes pink and you can see various blotches. When you correctly click on the parasite, a nasty grey cartoon face appears. When you click on other material, a red cross appears. An hourglass in the top left hand corner of the screen counts down, as you race to identify all the parasites. Your score can be seen in the top right hand corner of the screen. And when it’s ‘Game Over’, you receive your score. It’s quite addictive. You can also see how many points other malaria hunters have scored.

In this study, that took place over one month, anonymous players from 95 countries played more than 12,000 games, generating a database of more than 270,000 clicks on the test images. When 22 games from nonexpert players were combined, there was a parasite counting accuracy higher than 99%. It’s a bit like playing Angry Birds, but you’re making a contribution. It could become the new diversion as you travel on public transport.

How can you turn your product offering into a game?