Google’s Panda is Not Cute Nor Cuddly for Some 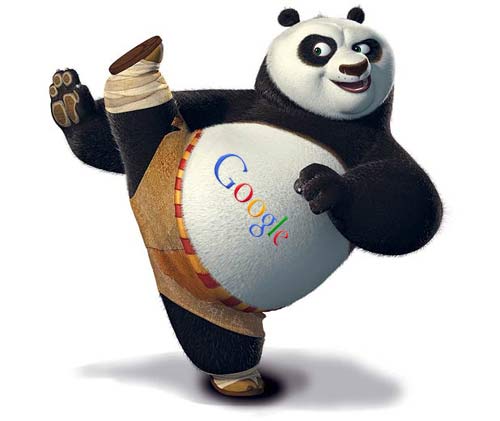 For the uninitiated, Google has this algorithm that they use to judge the value of websites and to rank them accordingly. They’ve done a pretty good job of it too. It’s not perfect of course, there are plenty of poor search results, folks who game the system, poor quality websites that rank well, but for a while now, it’s been the best one out there and its popularity speaks to that. So as part of their effort to continue evolving, they make regular adjustments to this algorithm. Sometimes those adjustments are a little more significant than others. There’s actually a chart outlining the history of updates if you are so inclined.

If you check that chart, you’ll notice some of the latest updates have some reference to a Panda. Initially arriving Feb 23rd, 2011 Panda was a big ‘un. Someone suggested 12% of all websites would be impacted. Hardest hit were the content-heavy websites, in particular those they deemed to contain low quality content. Plus, the real key here was that it seemed to target whole website content instead of individual pages. So now a bunch of low quality pages that didn’t matter, were suddenly pulling down overall website rankings. I observed at a distance, a team that helped to bring a website hit by the initial Panda back to life, but at that time we didn’t see any significant damage to client websites. It wasn’t until Panda 2.5 that we saw one of ours impacted. Overall traffic remained strong, in fact it had never been higher, unfortunately some of their top level keyword phrases took a hit which affected overall conversions. There were a few tell-tale signs that we immediately launched into fixing but it was an unusual update that also meant far more questions than answers. Also hit were some very popular and what many may consider to be good quality websites with solid content which made it even more puzzling.

So I  suggest that the task has become more than “create good content” and in fact I think there are quite a few other factors that have slipped under the radar from this update and as a result of this update. As always, we like to push the importance of looking at all elements of your web presence but there appears to be some quicker fixes that we’ve noticed have had an impact.

Analyze your Site Architecture – this has been overlooked for a long time as designers and developers have been given the responsibility of also creating and implementing the structure. It’s not always a bad thing but sometimes it’s flawed from the start, other times sees the website expanding over time and the structure not able to keep up. So now with Google looking at the website as a whole, it’s more important than ever to be aware of your website flow. These guys help explain better than I can.

Clean up Content – I already mentioned this but it does seem to be a big part of the Panda update so it’s important to reiterate the need to do some cleaning. If you have content that is 6 clicks away from the home page, noindex it, get rid of it or move it to the new structure you have already started working on.

Webmaster Tools – I’m assuming you’ve already been poring through your webmaster info. While much of the data is pretty iffy, it does offer some useful insight in some areas. Certainly the crawl errors and the broken links data is important and make sure to go and fix as many as possible.

Stay Fresh – a good chunk of websites that were hit seemed to be older and more dormant. Google has always rewarded freshness and this seems even more important. Regular updates of content, video, audio etc all create value to both users and search engines so stop neglecting it.

There are still plenty of questions and speculation. Bouncerate has been identified as a possible metric but I’ve not seen it as a factor (though trying to improve this is always a good idea). Nor have I ever seen any improvements from a fully validated website (though it’s also a good goal). For a lot of folks, it’s simply back to basics. Reacquaint yourselves with Google’s guidelines and start creating good, solid content.

Can You Tell Me Your Value Proposition and Keep It Simple?