Press Releases in the SEO World

Or: The Purpose of Press Releases Has Changed.

This week, a client asked me to explain ‘why’. I’d suggested a press release topic and he wasn’t sure about it. “What would the focus be?” he asked. “I want to make sure that we’re adding to our message, not diluting it.” It was an absolutely valid question because the purpose of press releases has changed.

Previously, a press release was written only for editors and producers of newspapers, radio or TV to generate interest in a topic. It was just one part of building a relationship between the publicist and editor. Working as a journalist for ABC Radio in Australia, I’d receive many press releases every day but I’d only read the ones I thought could be of interest to the program (often based on the headline) or if it came from a publicist I trusted. Plenty went straight to the trash. 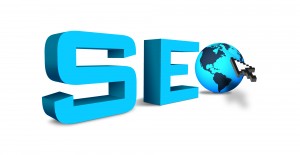 Today, press releases have a dual function. They still arrive in the inboxes of editors but are also important for search engine optimization. And the thing about search engines is they don’t read press releases the same way editors do. The algorithm used to determine which content is more relevant is complex and frequently changing. It’s based on a combination of factors including keywords, inbound links, long-tail searches and so on.

My client has excellent relationships with editors and he doesn’t want to dilute his message by sending out too many press releases and possibly putting them off. I understand and respect that. Search engines don’t operate in the same way and if you want to appear higher in searches, you need to speak their language.

Take-home message: the purpose of press releases has changed. And the strategy needs to change as well. My advice is to maintain relationships with editors and target your releases to them. But remember that the social media world operates in a very different way and you need to think about this space as well.

Online Marketing with Dinkum – A Recipe for Success