In the past two weeks, I attended two conferences that were world’s apart but linked. One was focused on large, profitable companies. The other involved nonprofits. They both discussed social media. 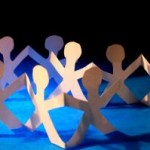 The first conference featured CEOs, many of whom are grappling with the use of social media within their organizations. Each CEO had a bit of a different take on social media but the theme was the same – “We are behind and still do not know what we are doing with this tool.”

You might say, “How can they not know?” I believe there’s still a long way for big companies to go with social media. They need to transition into a different model of ROI, instead of the usual “How much did you sell for me today?”

It’s interesting that more and more companies are partnering with nonprofits to help with various causes. Access to the community helps, but does it always work out? Well, no. Work still needs to be done for companies to recognize how to build communities. And nonprofits need to realize that having a community is not the end but only the beginning.

But it certainly looks as though each can learn and profit from the other in the social media space. What do you see here?

Is Your Website at the Center of Your Internet Universe?

3 Easy Ways to be Proactive