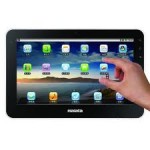 This guest blog is by Jack Schaller from Eastern Legal Systems.

Judging by the press from the recent 2012 Consumer Electronics Show (CES), tablets appear to have “arrived” as a serious player in the technology market, vying for the consumer dollar along with all of the other gadgets and gizmos. Their presence is becoming more ubiquitous in the business environment as well. It is rare that I don’t attend a conference where at least a portion of the audience is taking notes on a tablet.

Jason Hiner, editor in chief at Tech Republic, recently posted an article from CES offering an interesting perspective on the state of the tablet market. He sees the glut of “android-based” devices rolling out today as analogous to the “Clone Wars” of the 1980’s when hardware manufacturers were falling over themselves to offer bigger, faster, more powerful hardware, with more connectivity options than IBM could offer at that time – and for a lower price.

Hiner thinks that the tablet manufacturers are, by and large, missing the point of the tablet as a “breakthrough” technology device. It will never succeed as a replacement for the notebook PC as it’s used today — tablets don’t do any of the “bread and butter” PC tasks nearly as well as a notebook can today. Ask anyone who has tried to draft a 5,000 word document on their tablet. Unless, that is, they also bought that Bluetooth keyboard accessory and hooked it up to an alternative video source, thus creating an ersatz notebook that doesn’t function nearly as well as a “true” notebook.

It seems that tablets do one thing really, really well: access information. You can get video, music, documents, drawings. In a word – content. And where might one find all of this content? You guessed it, in “the cloud.” The real value of the tablet, where it really shines, is in quickly and seamlessly accessing all of the content available out on the web. And the tablet manufacturers who really “get this” and who have optimized their devices to perform this function most effectively, are the ones who have made it the easiest to store and retrieve content via user-friendly “containers”. Jason Hiner believes that this is precisely what Apple and Amazon are all about and why he believes that these two, with the iPad and the Fire, will be the big winners in the competition for the hearts and minds of tablet purchasers. Ultimately, it is not the device but the system that the user is purchasing, and the system needs to provide storage, content, and ready access to information within a user-friendly interface. Both iCloud and Amazon Cloud offer this.

The technology market is no longer the realm of technology lovers – the so-called “geeks and nerds.” Many technology consumers can’t tell a gigahertz from a megapixel, and couldn’t care less about either. They just want their technology to work quickly, easily, and painlessly. And that’s not really such a bad expectation, is it? These are the purchasers that savvy manufacturers should be courting.

Connect Through Your Blog