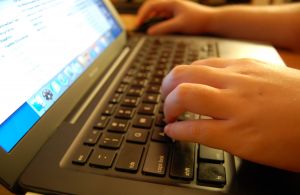 It’s December already – and yes, it’s crazy how fast the year has gone by. A fun thing to do at this time of the year is to look at the most popular searches on the web. And we can thank Yahoo for once again collating the data. It’s the 11th year Yahoo has been crunching the numbers and this year, they’ve created 50 Top 10 Lists on a range of interesting categories. I’d like to draw your attention to a few of them.

Are you surprised? I have to say, aside from the Olympics, I’m surprised at the lack of sports searches on this list. But the picture changes when you look at the top searches on mobile devices.

what is the hunger games about

what is a zip line

what is obama care

what is a blue moon

what is the electoral college

how to make a diaper cake

how to build a deck

how to boil an egg

how to cook corn on the cob

how to cook swiss chard

how to make salsa

how to get rid of bags under the eyes

how to make cake pops

how to cook pumpkin seeds

SOPA, by the way, is the anti-piracy bill currently before Congress. I think my favorite is ‘how to boil an egg’. Despite all our technology and know how, this remains a challenge for the age.

There are obsessions – Korean pop sensation PSY and Gangnam Style comes in at #9. Time breastfeeding cover was heavily searched. Las Vegas will be happy that it’s the #1 search for top travel cities in 2012. What happens in Vegas stays in Vegas. On the Who is list…who is leaving Grey’s Anatomy comes in at #5. The top searched scandal – kate middleton photo scandal. I’m sure that will be replaced in 2013 with kate middleton baby bump photos. Where is Monica Lewinsky is a popular search question making #2 on the where is list, along with Where is Ecuador, perhaps because of Julian Assange seeking asylum at the embassy in London. An amusing factoid – archery was typed into search engines this year thanks to the popularity of the film ‘The Hunger Games’ and perhaps, the Olympics. Kony2012 had a big run – both during the launch of the documentary and when its creator had a breakdown. Has anyone kept up with the fate of the child soldier’s since then?

As Yahoo summarizes, searchers are interested in gadgets, entertainment and celebrity, along with sports and breaking news. So, there you have it. 2012 are viewed through the lens of search engines. Any predictions for 2013?